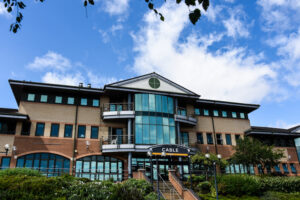 Applications to Resonance are now open

Resonance has now opened the doors for applications to study from September 2020.

The application process is similar to that for conservatoires: students need to apply direct via the Resonance website, not via UCAS.

All courses delivered at Resonance will be led by industry professionals and will focus on developing a broad range of skills needed by the sector.

Chief Executive David Barnard said everyone involved is excited to finally be able to think about students starting at the institute in 2020.

“Work on the building at Cable Plaza is ongoing and we are on course to get the keys back by Christmas,” he said.

“But now students can start applying to Resonance, and for that first cohort who attend next year, they will not only be a part of history, but will get a top-class education in the music industries.

“Students will have to apply via the Resonance website directly and fill out the form, similar to how you would apply to conservatoires. Once their application is received they will then be invited to the audition.

“This really is going to be a one-of-a-kind place to study music. Just thinking about students coming here and it being a hive of activity and learning is tremendous.”

We will also be holding a series of open days from January 19 next year. These open days will be a great way to understand what makes Resonance different from other providers and will give students the opportunity to see its amazing facilities and people. 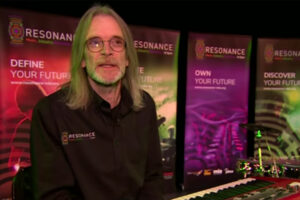 Resonance was featured on BBC TV’s Midlands Today programme this week following a visit to one of our roadshows. Featuring the Resonance band together with our directors Rick and David and the students from Dudley College. 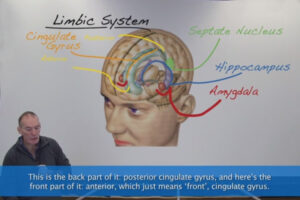 How your brain works

Click here to see a video from our consultant Dr Andrew Curran, a top Neurobiologist, who gives a powerful insight into the development of a young person’s brain. 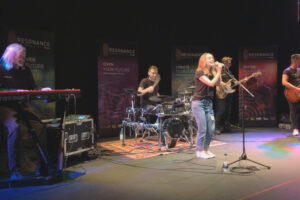 Resonance band hits the road to spread the word to students

A group of musicians who have toured the world with internationally renowned acts will be hitting the road on a UK tour to showcase the possibilities at new music institute Resonance.

Colleges up and down the country will be getting rocked by the Resonance Roadshow band as it stops by to show prospective students what the brand new state-of-the-art music institute is all about.

Resonance co-director Rick Benton, who currently plays keyboard with Rock icons Magnum, has assembled a band of talented musicians to help demonstrate how Resonance could kick-start a career in the music industry.

Singer with the roadshow band is Samantha Dorrance, 27, who while being a singer/songwriter in her own right, is also a children’s TV presenter and face of the Disney Channel.

She is joined by guitarist Greg Platt Lake, a session musician who has been working professionally since leaving school at the age of 16, and has worked all over the world with acts such as Steve Winwood and Robert Plant.

They will be joined by session drummers Lloyd Draker and Richard Kirk, who has played with the likes of Scorpions guitarist Uli Jon Roth, Limehouse Lizzy and the Grey Goose Blues Band; bassist Dan Clark who has played alongside Steve Vai, Scott Matthews and Beverley Knight; and Rick himself on the keys.

“We’re all looking forward to packing up our instruments into the back of a van and heading off around the country to spread the word of Resonance,” said Rick.

“For us it’ll be like gigging as many of us have done for years, but these roadshows will be a unique way for us to demonstrate to young people considering a career in music how great coming to Resonance will be for them. It will be one of the best institutes of its kind in the country and I have no doubt that a lot of people will thrive in the learning environment we are creating.”

As well as performing songs and engaging students in music techniques, the sessions will also aim to provide a wider picture about careers in music. 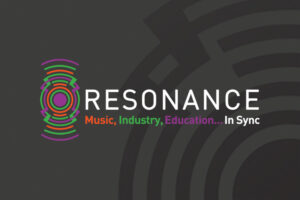 A one-of-a-kind institute for popular music offering degrees for students seeking a career in a range of music industries will be opening its doors next year.

Resonance will have some of the best minds in music, teaching students everything from popular music performance, production, composition and business.

Based in the stunning Cable Plaza building on The Waterfront at Brierley Hill in the Black Country, Resonance will be offering a suite of courses under a franchise arrangement from Solent University in Southampton with courses uploaded to UCAS this summer.

The £9.5 million project will also create a vital community music hub. Musicians and organisations from across the region will be encouraged to make full use of the state-of-the-art facilities on offer.

“We’re absolutely delighted to finally be in a position where we can confidently say ‘it’s coming’,” said David Barnard, co-director of Resonance.

“Contractors have been on site for some weeks now and we should be ready to move in at the end of 2019. That’s when the fun really starts.”

Paul Rutter, Head of Music at Solent University, and published music industry author said: “I have travelled the world to see various different musical institutions and conservatoires and the Resonance project is highly impressive. I have not seen anything quite like it.”

“In the Cable Plaza building they have what must be the world’s best purposed modern popular music institute. The building and space dedicated to pop music study is exemplary, I doubt there is many out there that could compete. I’m sure it will be a huge success for the West Midlands pop music industries.”

We use cookies on our websites. You are free to manage this via your browser setting at any time. To learn more about how we use cookies, and how we store, process and protect your personal information, please see our cookie policy.